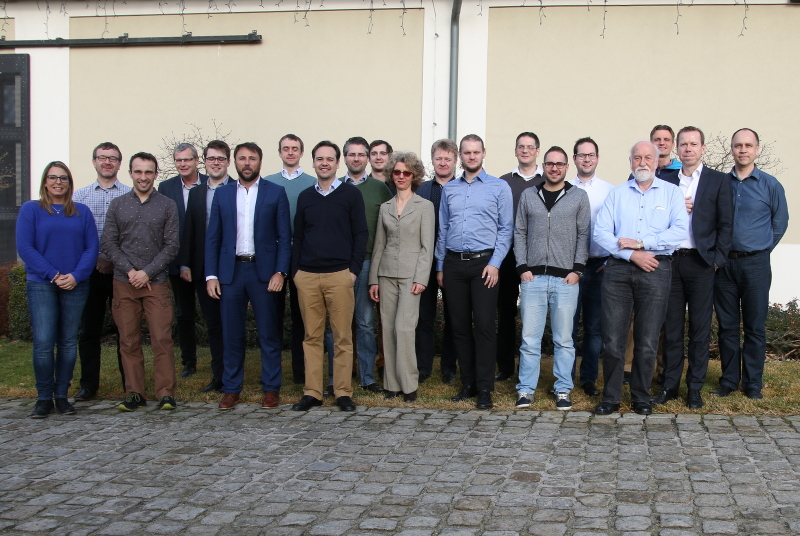 One year after the Kick-Off meeting, there was the certMILS Technical & General Assembly meeting on 9th to 11th of January 2018 in Olbramovice, hosted by partner SYSGO s.r.o. The first day was dedicated to provide the status and future outlook of the technical work packages. Each technical WP-leader presented the work done and some in-depth and ground laying technical discussions took place. After the first day of the meeting, the partners met again for having a delicious dinner, where discussions continued in a less formal atmosphere. On the second day, the three pilots (railway, subway and smart grid) were discussed in more detail and there was a short General Assembly meeting, where administrative issues have been discussed. On the 11th of January, we executed the first certMILS Advisory Board meeting. The Advisory Board members, Cristina Simache (ALTRAN), Christian Schlehuber (DBNetz), Viktor Bermudez LIamusi (Red Eléctrica de España), Thomas Steffens (TUEV Rheinland) and Jiri Cejka (DPP), were present and there were very fruitful discussions and valuable feedback. Summing up, it was a very successful and engaging meeting, providing many inputs that can be used for further research and developments within the certMILS project.

Tweets by @certmils_h2020
visit us
2013 - Powered by Free Joomla Templates. All Rights Reserved.

We use cookies on our website. Some of them are essential for the operation of the site, while others help us to improve this site and the user experience (tracking cookies). You can decide for yourself whether you want to allow cookies or not. Please note that if you reject them, you may not be able to use all the functionalities of the site.